William S. Klug is currently Professor of Biology at the College of New Jersey (formerly Trenton State College) in Ewing, New Jersey. He served as chair of the Biology Department for 17 years, a position to which he was first elected in 1974. He received his B.A. degree in Biology from Wabash College in Crawfordsville, Indiana, and his Ph.D. from Northwestern University in Evanston, Illinois. Prior to coming to the College of New Jersey, he was on the faculty of Wabash College as an Assistant Professor. His research interests have involved ultrastructural and molecular genetic studies of oogenesis in Drosophila. He has taught the genetics course as well as the senior capstone seminar course in human and molecular genetics to undergraduate biology majors for each of the last 35 years. In 2002, he was the recipient of the initial teaching award given at the College of New Jersey granted to the faculty member who most challenges students to achieve high standards. He also received the 2004 Outstanding Professor Award from the Sigma Pi International, and in the same year, he was nominated as the Educator of the Year, an award given by the Research and Development Council of New Jersey.

Michael R. Cummings is currently Research Professor in the Department of Biological, Chemical and Physical Sciences at Illinois Institute of Technology, Chicago, Illinois. For more than 25 years, he was a faculty member in the Department of Biological Sciences and in the Department of Molecular Genetics at the University of Illinois at Chicago. He has also served on the faculties of Northwestern University and Florida State University. He received his B.A. from St. Mary''s College in Winona, Minnesota, and his M.S. and Ph.D. from Northwestern University in Evanston, Illinois. In addition to Concepts of Genetics and its companion volumes, he has also written textbooks in human genetics and general biology for nonmajors. His research interests center on the molecular organization and physical mapping of the heterochromatic regions of human acrocentric chromosomes. At the undergraduate level, he teaches courses in Mendelian and molecular genetics, human genetics, and general biology, and has received numerous awards for teaching excellence given by university faculty, student organizations and graduating seniors.

Charlotte A. Spencer is currently an Associate Professor in the Department of Oncology at the University of Alberta in Edmonton, Alberta, Canada. She has also served as a faculty member in the Department of Biochemistry at the University of Alberta. She received her B.Sc. in Microbiology from the University of British Columbia and he Ph.D. in Genetics from the University of Alberta, followed by postdoctoral training at the Fred Hutchinson Cancer Research Center in Seattle, Washington. Her research interests involve the regulation of RNA polymerase II transcription in cancer cells, cells infected with DNA viruses and cells transversing the mitotic phase of the cell cycle. She has taught courses in Biochemistry, Genetics, Molecular Biology and Oncology, at both undergraduate and graduate levels. She has contributed Genetics, Technology and Society essays for several editions of Concepts of Genetics as well as Essentials of Genetics. In addition, she has written booklets in the Exploring Biology series, which are aimed at the undergraduate nonmajors level.

Michael A. Palladino is Associate Professor in the Department of Biology at Monmouth University in West Long Branch, New Jersey. He received his B.S. degree in Biology from Trenton State College (now known as The College of New Jersey) and his Ph.D. in Anatomy and Cell Biology from the University of Virginia. He directs an active laboratory of undergraduate student researchers studying molecular mechanisms involved in innate immunity of mammalian male reproductive organs and genes involved in oxygen homeostasis and ischemic injury of the testis. He has taught a wide range of courses for both majors and nonmajors and currently teaches genetics, biotechnology, endocrinology, and laboratory in cell and molecular biology. He has received several awards for research and teaching, including the New Investigator Award of the American Society of Andrology, the 2005 Distinguished Teacher Award from Monmouth University, and the 2005 Caring Heart Award from the New Jersey Association for Biomedical Research. He is co-author of the undergraduate textbook Introduction to Biotechnology, Series Editor for the Benjamin Cummings Special Topics in Biology booklet series, and author of the first booklet in the series, Understanding the Human Genome Project. 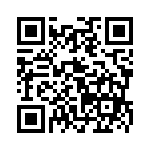