William D. Popkin is Walter W. Foskett Professor of Law at Indiana University and author of Materials on Legislation: Political Language and the Political Process. 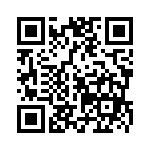