Dr Christopher Forsyth is a Fellow of Robinson College and Assistant Director of the Centre for Public Law at the University of Cambridge.

is Reader in Law at University College London 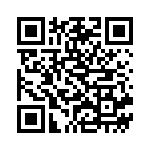