Dr. Charny Dismantles Prof. Gunter’s
Deceptive Genocide Denialism
By Harut SassounianPublisher, The California Courier
As the Centennial approaches, Turkish officials and their cohorts are searching for more subtle approaches to deny the Armenian Genocide. Realizing that their past practice of outright denial is no longer credible, they have initiated a more sophisticated campaign that intends to raise subtle questions about the Armenian Genocide, sowing seeds of doubt among uninformed masses.
It is not very often that I refer to book reviews in this column, but I could not ignore the masterful way Dr. Israel Charny, Executive Director of the Institute on the Holocaust and Genocide in Jerusalem, dismantles Prof. Michael Gunter’s book, Armenian History and the Question of Genocide, which illustrates the latest revisionist approach at genocide denial.
Here are brief excerpts from Dr. Charny’s derisive review of Gunter’s book:
"This is the BEST book I have ever read -- which means it is the best of the whole terrible world of books that are devoted to ridiculous and ugly denials of absolutely factual known genocides. It is, therefore, a TERRIBLE work…. This is the best DENIALIST work I have ever seen insofar as it is written with a quietness, and solidity of coverage of issues, and even more as if with an apparent fairness of representing ranges of ideas and opinions about issues rather than strong-arm statements of single opinion-truths.
"Gunter, a professor at Tennessee Tech, opens the book with a clear acknowledgment-disclosure of his significant period of lecturing in Turkey, and even as he says ‘I have long wanted to present an objective analysis of the Turkish point of view,’ he clearly conveys that he is very much on the side of Turkish denial of the Armenian Genocide….
"Gunter is nonetheless a kind denier who continuously throws us bones for our respite -- and thereby of course it would seem proves and reproves his announced objectivity. Thus in the same poisonous ‘Foreword’ he quickly adds to his core statement of denial crocodile tears: ‘Of course in no way does this excuse the horrible excesses committed by the Turks.’
"Perhaps the highest praise I can give Gunter is that unlike other great deniers he cites a large number of scholars and writers, who have published the now wonderfully strong literature confirming the Armenian Genocide -- and I would add genocides of other peoples alongside the Armenians, specifically the Assyrians, Greeks, and Yezidis, and also the beginning moves of the Ottoman government toward a potential genocide of the Jews in Palestine. Deniers generally stay away like the plague from writers who confirm the Armenian Genocide….
"How does our intrepid ‘objective’ scholar conclude his book? Of course, he wants to be helpful in curbing the denial that fuels ‘continuing fear and revenge.’ So he offers strategies beginning with splitting the ‘more affluent Armenian Diaspora’ that is so concerned with ‘allegations of genocide’ from ‘the nation in Armenia’ and the ‘immediate economic reality of Armenia.’ Yes, he wants to be large-hearted and he calls on Turkey to help Armenia with its economic problems, and thus in eternal realpolitik ‘Turkey may begin to split the two Armenian actors.’ But all is not lost in deception. Goodhearted Gunter also includes a proposal to Turkey to open the borders it has lockjammed with Armenia for so many years."
Charny concludes his incisive review by suggesting that Gunter’s book "should be studied by all students of denial for its artful stratagems of sounding fair, acting fairly, citing scholarship that covers divergent and contradictory points of view, speaking consistently softly, and of course calling for justice and peace, all in the course of organizing a disarming, deceitful, anti-history and anti-value-of-life work that should frighten anybody who is concerned with integrity in intellectual and scholarly works, and genuine

Michael M. Gunter openly states that his work represents a “Turkish point of view” on the question of the Armenian Genocide. In other words, this text espouses a denialist argument aimed at putting a mask of academic legitimacy on the face of nationalist propaganda of Turkey, a country where it is a crime under article 301 to speak or publish texts about the genocides of Armenians, Assyrians, Greeks and Kurds. Gunter work is a good example of what is known as “fabricated controversy,” a contrived controversy designed to create public confusion concerning an issue about which there is no substantial academic dispute. The fact of Armenian genocide is accepted by 21 governments around the world, including France, Canada, Switzerland, Russia, Sweden, Greece, Italy, and Poland. It is also recognized by over 40 states of the United States of America. Also, Armenian Genocide is the most academically studied case of genocide. The Turkish denialism has failed, and reading this book by Michael M. Gunter—a shameful example of academic corruption—is a useless waste of time.
Svetlana Yeremeeva
Columbia University, NY, USA 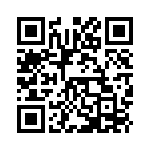