Christoph Zürcher is Professor of Political Science at the Free University of Berlin. He is the editor of Potentials of Dis/Order: Explaining Violence in the Caucasus and in the Former Yugoslovia. 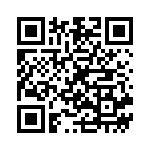