Sabrina P. Ramet is Professor of Political Science at the Norwegian University of Science and Technology in Trondheim, Norway, and Senior Associate of the Centre for the Study of Civil War of the Peace Research Institute in Oslo (PRIO). She is the author of eight previous books, including Nationalism and Federalism in Yugoslavia (IUP, 1992). 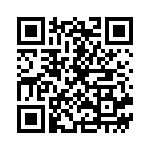