Richard G. Hovannisian is the Holder of the Armenian Educational Foundation Chair in Modern Armenian History at the University of California, Los Angeles, USA. He is the author of Armenia on the Road to Independence (1967) and The Republic of Armenia, 4 volumes (1971-1996), ans he has edited three volumes on the Armenian genocide. A Guggenheim Fellow, he was elected to the National Academy of Sciences of Armenia in 1991 and was awarded an honorary doctorate from Erevan State University, Armenia. 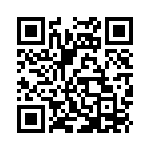