61 other sections not shown

Erik Barnouw, 1908 - 2001 Erik Barnouw was born in 1908 and came from the Netherlands to the United States at the age of 11. He attended Princeton University and after graduating, went on to become a radio writer and a producer. Barnouw began teaching radio writing at Columbia University in 1937. By 1947, he had founded the division of film, radio and television in the University's Arts Program. He worked for CBS for one year beginning in 1939, writing and editing, and editing for NBC from 1942 to 1944. He served as chairman of the division he had created at Columbia until 1968, retiring from the University in 1973. He was a member of the Writers Guild of America and served as it's chair from 1957 to 1959. In 1978, Barnouw went to work for the Library of Congress as a film and television expert, and created it's broadcasting and motion picture division, becoming it's first chief. In 1970, he produced a documentary entitled, "Hiroshima-Nagasaki, August, 1945" about the atomic bombs set off there. He was then commissioned to write a complete history of broadcasting by the Oxford University Press, and it was this masterpiece, consisting of three volumes, "A Tower of Babel," "The Golden Web" and "The Image Empire," which named him an expert in the field of broadcasting. Barnouw retired from the Library of Congress in 1978, yet continued to write, publishing his last volume, "Media Lost and Found" in the January before he died. Erik Barnouw died on July 19, 2001 at the age of 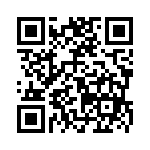