Irrefutable Proof ICTY Is Corrupt Court/Irrefutable Proof the Hague Court Cannot Legitimately Prosecute Karadzic Case
http://picasaweb.google.com/lpcyusa/
(The Documentary Secret United Nations ICC Meeting Papers Scanned Images)
This legal technicality indicates the Hague must dismiss charges against Dr Karadzic and others awaiting trials in the Hague jail; like it or not.
Unfortunately for the Signatures Of the Rome Statute United Nations member states instituting the ICC & ICTY housed at the Hague, insofar as the, Radovan Karadzic, as with the other Hague cases awaiting trial there, I personally witnessed these United Nations member states openly speaking about trading judicial appointments and verdicts for financial funding when I attended the 2001 ICC Preparatory Meetings at the UN in Manhattan making the iCTY and ICC morally incapable trying Radovan Karazdic and others.
I witnessed with my own eyes and ears when attending the 2001 Preparatory Meetings to establish an newly emergent International Criminal Court, the exact caliber of criminal corruption running so very deeply at the Hague, that it was a perfectly viable topic of legitimate conversation in those meetings I attended to debate trading verdicts AND judicial appointments, for monetary funding.
Jilly wrote:*The rep from Spain became distraught and when her country’s proposal was not taken to well by the chair of the meeting , then Spain argued in a particularly loud and noticably strongly vocal manner, “Spain (my country) strongly believes if we contribute most financial support to the Hague’s highest court, that ought to give us and other countries feeding it financially MORE direct power over its decisions.”
((((((((((((((((((((((((( ((((((((((((((((((((((((( Instead of censoring the country representative from Spain for even bringing up this unjust, illegal and unfair judicial idea of bribery for international judicial verdicts and judicial appointments, all country representatives present in the meeting that day all treated the Spain proposition as a ”totally legitimate topic” discussed and debated it between each other for some time. I was quite shocked!
The idea was "let's discuss it." "It's a great topic to discuss."
Some countries agreed with Spain’s propositions while others did not. The point here is, bribery for judicial verdicts and judicial appointments was treated as a totally legitimate topic instead of an illegitimate toic which it is in the meeting that I attended in 2001 that day to establish the ground work for a newly emergent international criminal court.))))))))))))))))))))))))))))
In particular., since "Spain" was so overtly unafraid in bringing up this topic of trading financial funding the ICC for influence over its future judicial appointments and verdicts in front of every other UN member state present that day at the UN, "Spain" must have already known by previous experience the topic of bribery was "socially acceptable" for conversation that day. They must have previously spoke about bribing the ICTY and
ICC before in meetings; this is my take an international sociological honor student. SPAIN's diplomatic gesture of international justice insofar as, Serbia, in all of this is, disgusting morally!
SPAIN HAS TAUGHT THE WORLD THE TRUE DEFINITION OF AN
"INTERNATIONAL CRIMINAL COURT."
========================================================
Defining Guilt (Mens Rea), War Crimes & Crimes Against Humanity in the Bosnia &Kosovo
Defining Guilt (Mens Rea), War Crimes & Crimes Against Humanity in the Bosnia &Kosovo
2 Stars
1 Comments
Delicious Digg Facebook Reddit Stumble Upon Technorati Mixx Sphinn Twitter SphereIt Propeller Gmarks Newsvine Yahoo! My Web Live Journal Blinklist E-mail
Share
Trash Duplicate story Spam Inaccurate Plagiarized Profane
Jill Starr , bloomingdale: Jul 3 2009
United States :
Defining Guilt (Mens Rea), War Crimes & Crimes Against Humanity in the Bosnia 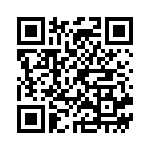