A. Dirk Moses Dirk Moses is chair of global and colonial history at the European University Institute, Florence / University of Sydney. He has published widely on modern Germany and Comparative Genocide Studies. His publications include Genocide and Settler Society (Berghahn Books 2004) and German Intellectuals and the Nazi Past (CUP 2007) 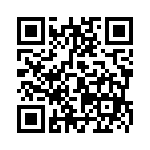