Myles W. Jackson is Dibner Family Professor of History of Science and Technology at Polytechnic University, New York City. He is the author of Spectrum of Belief: Joseph von Fraunhofer and the Craft of Precision Optics (MIT Press, 2000), which was winner of the Paul-Bunge-Prize of the German Chemical Society in 2005 for an outstanding contribution to the study of scientific instruments. 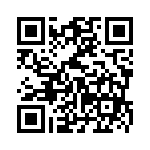