Lincoln A. Mitchell teaches in the Practice of International Politics at Columbia University. He served as chief of party for the National Democratic Institute (NDI) in Georgia in 2002-4. 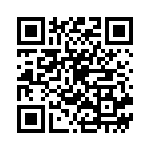