Ruy Castro has worked for many of Brazil's top newspapers and magazines. He is also the author of several biographies and collections of quotations. His most recent works include Bossa Nova: The Story of the Brazilian Music that Seduced the World and Rio de Janeiro: Carnival under Fire. He is currently working on a biography of Carmen Miranda. He lives in Rio de Janeiro. 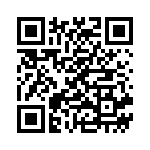