Scott R. Burson is assistant professor of religion at Indiana Wesleyan University in Marion, Indiana. Formerly, he served as director of communications at Asbury Theological Seminary in Wilmore, Kentucky. Burson has had articles published in several periodicals, including The Lamp-Post of the Southern California C. S. Lewis Society.

Jerry L. Walls is professor of philosophy of religion at Asbury Theological Seminary in Wilmore, Kentucky. His annual C. S. Lewis seminar is one of the school's most popular offerings. He is also author of Hell: The Logic of Damnation. 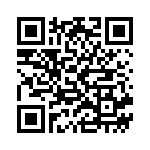