Eugen Rosenstock-Huessy (1888-1973) was a historian and social philosopher who, along with his friend Franz Rosenzweig, and Ferdinand Ebner and Martin Buber, was a major exponent of speech-thinking (sprachdenken). The central insight of speech-thinking is that speech or language is not merely, or even primarily, a descriptive act, but a responsive and creative act, which forms the basis of our social existence. The greater part of Rosenstock-Huessy's work was devoted to demonstrating how speech, as distinguished from mere chatter, through its unpredictable fecundity, expands our powers and unites humankind through time and space. Born in Berlin, Germany, into a non-observant Jewish family, he converted to Christianity in his late teens. In 1914 he married Margit Huessy. Rosenstock-Huessy served as an officer in the German army during World War I, and much of his later thinking was shaped by reflection on the catastrophe of the war. His distinguished academic career teaching medieval law in Germany was disrupted by the rise of Nazism. Immediately upon Adolf Hitler's ascent to power in 1933, Rosenstock-Huessy emigrated to the United States, initially teaching at Harvard University and then at Dartmouth College, where he taught from 1935 to 1957. A prolific author, two of his major works in English are Out of Revolution: Autobiography of Western Man (originally published in 1938), and the Christian Future: Or the Modern Mind Outrun (originally published in 1946), both of which are sold by Wipf and Stock in re-print editions. 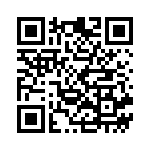