9 other sections not shown

Erik S. Reinert, author of Globalization, Economic Development and Inequality: An Alternative Perspective (2004), is Professor of Technology, Governance and Development Strategies at Tallinn University of Technology, Estonia, and President of The Other Canon Foundation, Norway. He is one of the world's leading heterodox development economists and is based in Norway. 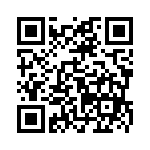