Edward Cornish is president of the World Futurist Society and editor of its magazine THE FUTURIST. With support from comprehensive designer Buckminster Fuller, Nobel Prize-winning chemist Glenn T. Seaborg, former U.S. Secretary of Agriculture Orville Freeman and many others, he organized a small group to develop plans for a World Future Society, which was officially born in October 1966 as an organization for people interested in the future. The Society now has some 25,000 members in 80 countries. As a futurist, he has served as an advisor for four U.S. presidents, co-authored a report by the White House's National Goals Research Staff, and served as Chief Investigator in study of futuring for the National Science Foundation and the Library of Congress. He also wrote a textbook on futuring, The Study of the Future, that was widely used in colleges and universities. He resides in Bethesda, Maryland. 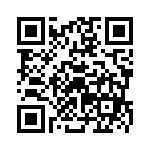