There aren't many books out there that detail the history of the Republic of Georgia. This is an excellent resource and helped me a great deal in writing my undergrad thesis on the art of this country. Read full review

Unfortunately this work contains too much rough mistakes, full of wrong information. This is sad that many real sources which still are not translated in foreign languages especially on English. The upcoming purpose of the Royal House of Georgia is to support historians to make correct translations of Georgian history. We hope that soon world will be able to get a real history which will help to prevent from misleading. The only single but important detail that we'd like to touch is that this work mistakenly states that the last King of Georgia Giorgi XII has renounced from the throne and requested his country to be incorporated into the Russia. This information is WRONG and was spread by Russian political forces, otherwise one has to show the proof of it ! 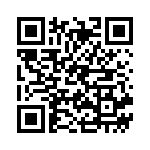