striking and unusual book with great writing style ,first book of of author i read and would read again :D

A well-known film journalist, Karishma Upadhyay is considered to be a specialist on Bollywood. Working across media, she has led editorial teams at several prominent media houses. She has been the entertainment editor at Times Now, the celebrity editor at People magazine, and has contributed articles for a number of publications, including India Today, Times of India, Hindustan Times, Telegraph, The Hindu and Forbes magazine. On Twitter she goes by @karishmau. 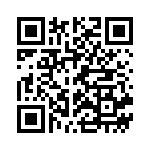